OMRON HAS DEVELOPED THE SLIMMEST BLOOD PRESSURE MONITORS ON THE MARKET

The problem with heart rate monitors is that they are often bulky and ugly. People don’t want to wear something that sticks out like a sore thumb. Omron is evolving blood pressure monitors by making them smaller, more attractive, and connected like never before.

Three different blood pressure monitors were shown off at CES 2017. The Evolve is a wireless upper arm monitor that just went on the market. Coming in spring, is the HeartVue, the smallest monitor Omron has made. More impressive is Project Zero 2.0, an ultra-compact prototype that resembles a smartwatch.

Looking toward the future, Project Zero 2.0 is the most attractive, wearable blood pressure monitor to date. In addition to blood pressure, the device can measure physical activity and sleep patterns. This marks the first time blood pressure technology has been shrunk down effectively enough to produce accurate measurements and still fit in the form of a watch. 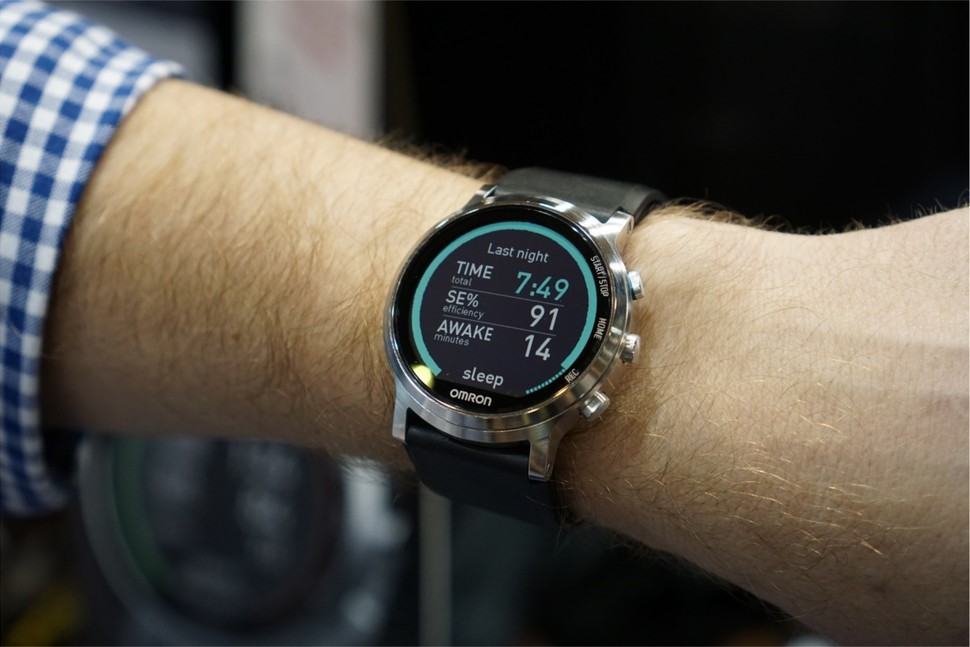 Just like every other Omron device, Project Zero 2.0 will connect wirelessly to the Omron app. Users can track and share their data easily with healthcare providers. Currently, a full charge offers about one week of use.

Later in the spring, the HeartVue wrist monitor releases as the smallest blood pressure monitor Omron has created. While not as small as Project Zero 2.0, it provides the same information in a form factor only slightly larger.

Available now is the Evolv upper arm monitor. This sleek, one-piece monitor gets rid of excess tubes, wires, and tabletop units. The entire unit is placed around the upper arm and the readings are easily displayed right on the face of the device. The Evolv is sold on Omron’s website for $83 and will be made available later in January at Amazon, Walgreens, and CVS.Each of these Omron blood pressure monitors syncs up with the Omron Connect app. Through the app, users can view their systolic, diastolic, and pulse readings. Additionally, the app tracks body mass index, body fat percentage, and weight so that users can track their progress over time. Charts and graphs can easily be emailed directly to family or doctors anytime, anywhere. The app can be downloaded free from the Apple iOS or Google Play stores.